When I still lived in Oxford, I had the luxury of voting for the party I most closely identified with, as it was a seat held by the Lib Dems (at least until they donated us part of David Cameron’s constituency in time for the 2010 election.) That’s not the case any more, as they’re not really in contention where I live now. Tomorrow, as in 2015, I’ll be voting against the Tories. Whatever issues I may have with Corbyn and Labour, their policies are generally ones I’m at worst neutral to, whereas Team May seem determined to stake out positions which I vehemently oppose.

Security: This is much on everyone’s mind at the moment for obvious reasons. Theresa May would have us believe that the 20,000 police officers she oversaw the downsizing of definitely aren’t the problem, and what we need to do is get rid of those pesky human rights and turn the surveillance up to eleven. I agree with Tim Farron when he says that what he security services need is more resources, not more powers; and on the subject of vastly increased snooping he makes the rather effective analogy that when you’re looking for a needle in a haystack, the anger is not to add more hay to the stack, but more people with magnets. And when Jeremy Corbyn very sensibly suggested that just possibly there’s a link between out foreign policy and why the terrorists target us, the right-wing press were falling over themselves to brand him a sympathizer.

Welfare: I sometimes get the feeling that the Tories would like to do away with the welfare state altogether. Failing that, cutting benefits and making them harder to get seems to be the order of the day (all in the name of austerity which has done nothing to cut the national debt.) Demonising claimants, in particular vulnerable groups such as disabled people, is part of the unpleasant way they sell this. Whilst Labour have made noises about how of course they’ll fix benefits, it’s a topic which seems curiously absent from their manifesto.

NHS: All the parties talk the talk about providing more money for the NHS, but the Tories’ record speaks for itself – front-line staff with their frozen pay making them poorer every year, and a rush to sell it off to their cronies in the private sector. I’m not holding my breath for the £350m a week promised by the infamous Brexit Bus. Of course, underfunding may become a moot point if a hard Brexit chases away the massive amount of immigrant doctors, nurses, and other staff – recruiting their replacements is going to be tricky with pay levels heading for the poverty line and the axing of training bursaries.

Brexit: Yes, I’m a Remoaner. Yes, I accept that the idea that we can somehow stop it is pretty much a pipe-dream at this point (barring a last-minute swing to the Lib Dems of Biblical proportions), but there’s still the question of hard or soft Brexit. Labour are sensibly determined to retain access to the common market. The Tories seem to want as hard a Brexit as possible, what with Theresa May’s baffling “No Deal is better than a Bad Deal”. Surely “No Deal” is by definition the worst deal we could get – unless she’s expecting her negotiating team to come up with a deal where we give away concessions but get nothing in return, something that doesn’t really inspire confidence.

Leadership: Hand’s up who isn’t bored of “Strong and Stable”? Anyone? Beuller? “Weak and Wobbly” or “Cruel and Craven” seem better epithets for a Prime Minister who’s been busy dodging debates and seems at this point pathologically unable to give a straight answer to pretty much any question. As for Corbyn, whilst he was distinctly unimpressive as leader of the opposition, far too often letting the Tories get away with things he should have been calling on, he really seems to have come into his own during the campaign. A great Prime Minister in the making? Perhaps not, but right now he’s more appealing than pretty much anyone else the two main parties have to offer… 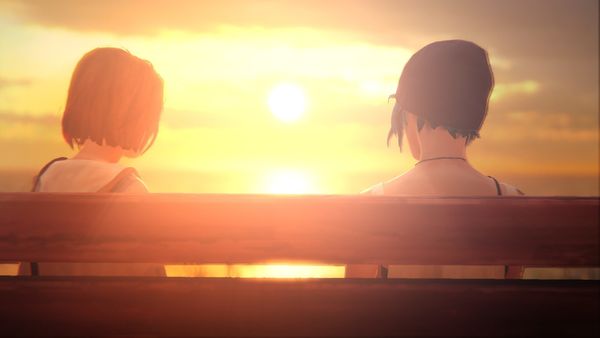 This post contains spoilers for Life is Strange. I've posted another fanfic in my “Echo Park” anthology. The idea for Max & Chloe taking a trip to Disney World came 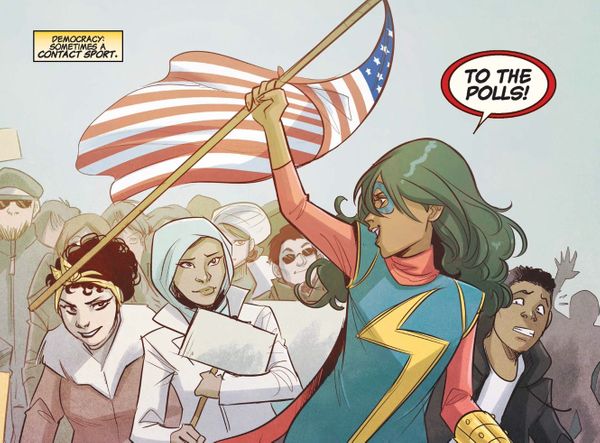 Decisions are made by the people who show up. If you don’t vote[1] then you give up your right to complain about what the government does until the