It’s review time again! This time, three weighty volumes by Peter F. Hamilton: The Reality Dysfunction, The Neutronium Alchemist and The Naked God – space opera on a grand scale (we’re talking over 3,700 pages in total – getting towards 3 times the length of The Lord of the Rings).

Like LotR, the Night’s Dawn trilogy is one continuous story – the main reason it’s in three volumes is because it wouldn’t be physically possible to publish it in fewer (indeed, the US paperbacks split it further into six books). The scope is every bit as grand – the dramatis personæ runs well into three figures across dozens of planets, asteroid settlements, habitats and starships. The setting is 600 years in the future with humanity spread across a Confederation of over 800 star systems. There are two major human cultures – Adamists and Edenists. The Edenists make full use of bio-technology and genetic engineering – they make there homes in massive living habitats circling gas giants, fly between the stars in sentient voidhawks, and can communicate using affinity – a form of telepathy. The Adamists reject bitek (although they’re quite happy with geneering), and use more conventional electronics and nanotechnology. Unlike the Edenists, they’re not one culture but many disparate ones, from a multistellar kingdom, to planets with many separate nations, and as with today’s world not all these cultures are friendly to one another.

Of course, with a story on this scale, the author has no problem spending several hundred pages on establishing the universe and introducing some of the major characters before planting the plot twist that launches the genre-bending into fantasy/horror that will be the major focus of the story. Naturally it’s a few hundred pages more before we find out what the nature that twist actually is. Throughout, the author deftly juggles a large number of plot threads, allowing us to follow the major (and not-so-major) players around the galaxy. The set of threads changes over time as old characters depart and new ones are introduced, but it’s always well done and we’re never left too long wondering what’s happening to a particular group of characters.

This being Science Fiction, there is of course plenty of interesting technology – starships, habitats, neural nanonics… It’s very well handled, no holding up the plot to describe some new piece of tech when it’s introduced, it’s described in action in such a way that we understand enough about it for the purposes of the story, and more detailed descriptions are only given if and when it’s appropriate to the plot. For the most part, the tech is plausible extrapolations of current technology – albeit assuming huge leaps in bitek and nanonics – the major leaps being Affinity and faster-than-light travel. Also we get what’s for me far and away the most convincing depiction of space combat – no overpowered phaser beams or magical shields, just swarms of combat wasps – fast moving drones with a plethora of sub-munitions (nuclear, kinetic, lasers…) used both offensively and defensively.

And being proper science fiction, it’s not just about the glitzy hardware – there’s plenty on the social science side too. Just how will society change over the next few hundred years, what will be the impact of advancing technology, how will religion adapt to these changes? The answers to these questions in the numerous different societies we encounter are every bit as interesting as the technological stuff. Plus the Major Plot Point is something with a huge social impact. Oh, and did I mention that there were a couple of alien races in the Confederation? We discover a fair amount about them over the course of the story, too.

So there we have it, a huge and fantastically detailed future universe, a large cast of interesting and varied characters, and whole web of intriguing plot threads, all artfully woven together. Oh, and there’s a goodly selection of “wow” moments – especially when things are taken to their logical conclusion. My only criticism (and it’s a small one) is that the ending is something of a deus ex machina, but under the circumstances, there really isn’t any other way to bring the story to a conclusion in an appropriate timeframe. I’m being vague about the plot because I wouldn’t want to spoil you, but if you enjoy science fiction and wouldn’t object to a bit of light horror being added to the mix, then I can’t recommend this highly enough. 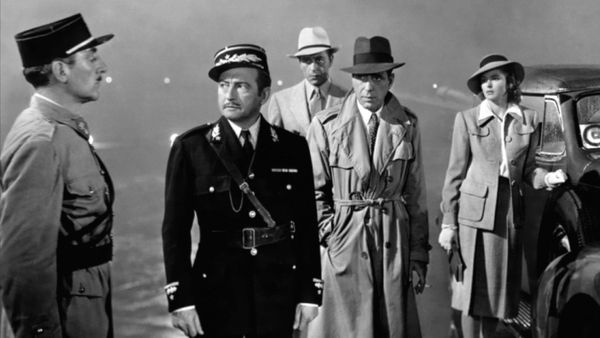 Last night, I rewatched Casablanca for the I-don’t-konw-how-manyeth time. Despite all the competition, it manages to remain my all-time favourite movie (not an original choice, I know, but maybe 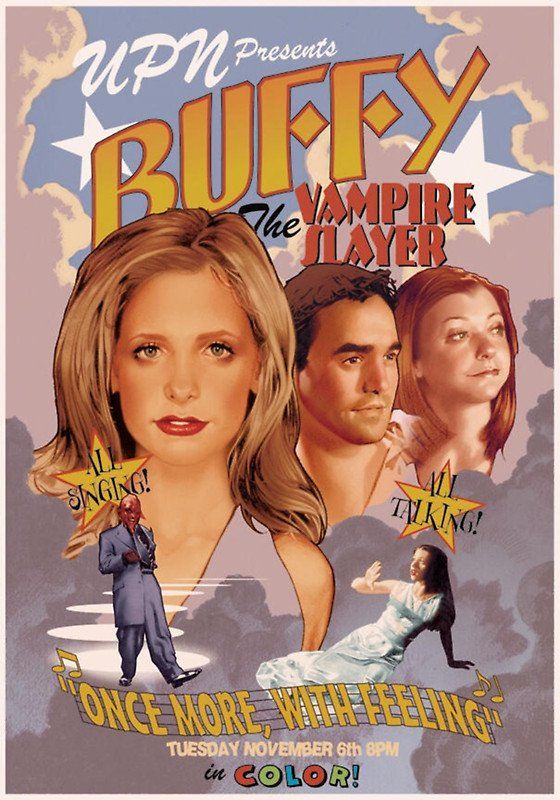 This post contains spoilers for Buffy the Vampire Slayer through the end of season six. In honour of the first anniverary of it’s première on British television, I bring