I saw the trailer for Down With Love last weekend, and with that and the promotional stuff around the foyer, it certainly looked like it could be fun – and I wasn’t disappointed. The film opened with the old 20th Century Fox logo (not the new 3D animated rendition), and followed that up with the Cinemascope logo they used in the 60s of the film’s setting – and I just knew. It’s bright, colourful and delightfully over the top (not least in terms of costuming). The cast are having a fine time – deliberate over-acting, the knowing looks and winks to camera. Ewan McGregor and Renée Zellweger are both on fine form, and given their recent appearances in Moulin Rouge and Chicago, there just had to be a musical number in there. David Hyde Pierce is playing, well, Niles Crane, but as he could act Kelsey Grammar off the screen without even trying, that’s far from a bad thing. It has plenty of great scenes – the side-splitting split-screen ’phone conversation that puts Austin Powers to shame, the book’s success around the world, the monumental denouemental monologue with the world’s best reaction shot… Little touches like the deliberately bad back-projection in cars just add to the fun and feel of the piece. One particular bit from the music sticks in my mind – the repeated use of an excerpt from Gershwin’s Rhapsody in Blue. Many times throughout the film, this begins to swell, only to fade or be cut off until, of course, the very end. I went into he cinema without any particular expectations, and got one of the quirkiest, funniest films I’ve seen in a very long time, full of clever dialogue, scenes and twists, Highly recommended (unless you have a total aversion to romantic comedies). 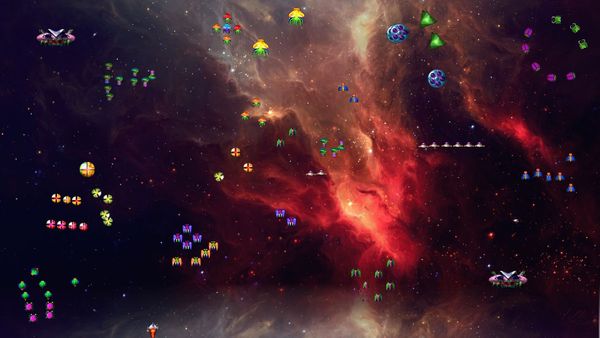 Ah, the joys of classic gaming. Simple, yet addictive. Those of you who had an Amiga (or knew someone who had one) may very well remember Deluxe Galaga. It’s 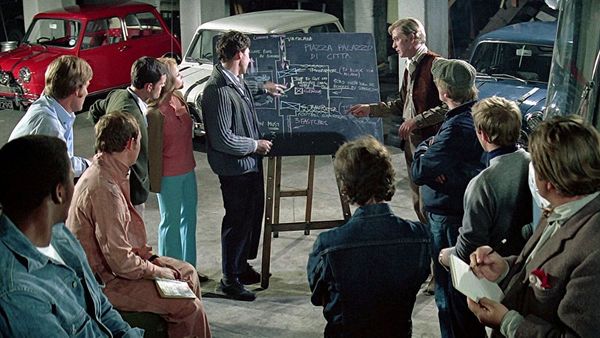 On Saturday’s foray into town, I went to see The Italian Job – which is not a bad movie in and of itself, albeit not a great one either. The