So, I’m kinda late to the podcast party. I dimly remember looking at them when the phenomenon first took off, deciding that they were mostly like talk radio, and losing interest. Fast forward a few years, and I find myself reading a fanfic called Four Girls on the Road], which was tagged on AO3 as a crossever between Life Is Strange (Video Game) and Alice Isn’t Dead (Podcast).

Generally, I avoid crossover fanfic where I’m not familiar with all the fandoms involved (partly because I know I’m going to miss stuff, and partly due to spoilerphobia if I ever want to get into the other canon), but in this case it was the sequel to a non-crossover. I was no more than a couple of chapters in before I decided that I had to go and listen to this podcast. We were on holiday at the time, but thankfully my parents’ place (deep in rural France) has pretty decent Internet access these days, so I soon had the first episode downloaded and started listening. Not long after that, I had all the episodes downloaded.

Alice Isn’t Dead takes the form of a non-linear series of CB transmissions by a truck driver who’s searching America for her missing (and long presumed dead) wife, the titular Alice. Quickly, the narrator is drawn into all sorts of weird (and frequently terrifying) supernatural goings-on, and – rather more slowly – begins to uncover a vast conspiracy. I reallly can’t recommend this enough, the podcast has recently finished up its second season with a final one due next summer.

What triggered this post was the news a couple of days ago that Alice has both a book due out late next year, and a TV show in development. I shall remain… cautiously optimistic about both. Translations from one media to another don't always go well, but with Joseph Fink (the creator of the podcast) writing the book and as one of the exec producers on the show, I'm hopeful. Although, if they don't hire Jasika Nicole (the narrator of the podcast) to front the TV show, I'll be bitterly disappointed – she does, after all, have the genre TV chops as one of the series regulars on Fringe.

I've just posted another story from my Echo Park anthology, which is an entirely unnecessary crossover with the Marvel Cinematic Universe. Rather than chasing down Skye, Phil Coulson's S.H. 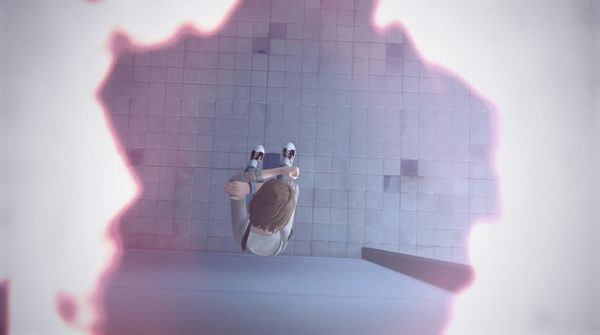 This post contains spoilers for Life is Strange. I’ve posted another story in my Echo Park anthology. Having played with stories following each of the endings to the game,