I've posted another fanfic in my “Echo Park” anthology. The genesis of this story was the idea of Kate wanting to get a semicolon tattoo as an indelible reminder of everything she went though. A little out of character? Perhaps, but this is a game all about characters who are more than they first appear to be. With that initial inspiration, having Chloe as the other half of the pairing seemed the obvious choice, especially with my headcanon backstory for her. Then, what seemed like a short little story gained a life of its own, and the two characters decided to take off on an adventure... what's a writer to do?

The story is now complete; you can read it on AO3 here: 21st Century Meltdown

This post's image by Merisusa-Sama on DeviantArt

Salad days are here again! Of course, this being a British summer, it's anyone's guess how long it's going to last. Still, it's the perfect excuse for a big bowl 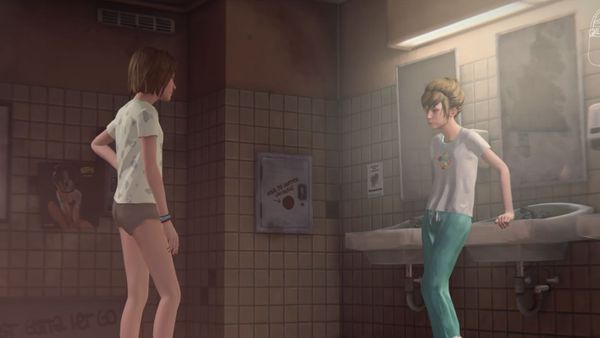 This post contains spoilers for Life is Strange. Buck Rogers was the breakout single for Feeder, so I didn’t want it to end up being nothing but a title